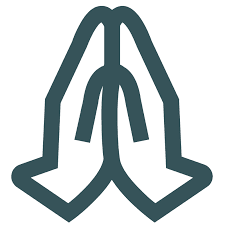 “By common confession, great is the mystery of godliness:” 1 Timothy 3:16

The context speaks of Christ’s advent and the salvation He brings, but the experience of salvation is both plain and mysterious! Salvation is plain when we look to Christ alone, for Jesus said, "I am the way, and the truth, and the life; no one comes to the Father but through Me.” (John 14:6).

However, salvation is mysterious, especially for those who under great stress. The mystery often appears: “. . when affliction or persecution arises because of the word, immediately he falls away . .” (Matt 13:21).

Tragically, this has been the case of those who have responded to the invitation in mass evangelistic meetings. These people have responded with hopes that their “sinner’s prayer” would bring them “happy days again!”, as if prayer were magic.

There are many who have embraced Romans 10:13 and rejoiced to think that they are saved from eternal condemnation, and all of worldly troubles. They thought, “happy days are here again” and were content not to seek divine transformation of their lives. As the Lord described: “. .the man who hears the word and immediately receives it with joy; . .” (Matt 13:20). For he has believed and prayed the sinner’s prayer. He probably has done so on the basis of Romans 10:13: "Whoever will call upon the name of the Lord will be saved." (Rom 10:13).

So they expect that their lives will be “smooth sailing” and nothing more is needed, but when “. . when affliction or persecution arises because of the word, immediately he (they) falls away . .” They are led to believe every thing needed has been done, so they just go back to living the way they did and are not seen in Church again!

A great deal of the problem is that too many in Christian evangelism give them this impression. Many Churches don’t make any plans for “follow up!” In the Church I used to attend, they were considered orthodox when they preached against sin and gave “the altar call!”

They just assumed all that was needed was the sinner’s prayer from Romans 10:13. After one “successful” evangelistic meeting with an evangelist whose preaching was strong enough to “pull teeth,” 8 or 9 people responded, but they were not seen in Church the following Sundays. I went to the pastor and asked about follow up instruction. When asked, I was amazed that he hadn’t scheduled any. I was further amazed that he did not even have their addresses available.

I observed that maybe the reason that the Lord hadn’t given but very few souls, was because he had no plans to obey the Lord’s test that He gave the Apostle Peter when He said: "’Simon, son of John, do you love Me more than these ?’" He said to Him, ‘Yes, Lord; You know that I love You.’ He said to him, ‘Tend My lambs.’" (John 21:16). “Lambs” are the immature. This is especially true of brand new converts, and especially so when the necessity of repentance from known sin is not preached, but simply idealistically assumed.

But the Lord Jesus said: “. . unless you repent, you will all likewise perish.” (Luke 13:3). And the Apostle Paul described repentance from known sin: “For the sorrow that is according to the will of God produces a repentance without regret, leading to salvation, . .” (2 Cor 7:10). Some in the Corinthian Church didn’t get the message that saving faith includes repentance! Valid repentance not only forsakes sinful practices, but sorrows over their sins. Too often professed converts are told that they need to do nothing, but “believe” and claim Romans 10:13 and pray “come into my heart, Lord Jesus!”

This was vividly portrayed in the report of some missionaries to Mexico. They had led a woman in the sinner’s prayer, but she said: “I guess that I will have to give up my business now that I am ‘saved’” The missionaries told her that wasn’t necessary, we are saved by faith alone! But then she told that her business was a house of prostitution! They didn’t reveal that saving faith includes repentance from known sin! Without which there is no salvation. The Lord Jesus made this crystal clear when He said: “Not everyone who says to Me, 'Lord, Lord,' will enter the kingdom of heaven, but he who does the will of My Father who is in heaven will enter. 22 " Many will say to Me on that day, 'Lord, Lord, did we not prophesy in Your name, and in Your name cast out demons, and in Your name perform many miracles?' 23 "And then I will declare to them, 'I never knew you; DEPART FROM ME, YOU WHO PRACTICE LAWLESSNESS.'” (Matt 7:21-23).

Also, the Apostle Paul wrote: “Test yourselves to see if you are in the faith; . .” (2 Cor 13:5). For to be sure of spiritual life there is a necessity to use the spiritual weapons of: “ . . for the weapons of our warfare are not of the flesh, but divinely powerful for the destruction of fortresses. 5 We are destroying speculations and every lofty thing raised up against the knowledge of God, and we are taking every thought captive to the obedience of Christ, . .” (2 Cor 10:4-6).

To quote any saying out of its context is to make it a pretext! By neglecting context, the Bible can be quoted that “There is no God!” But in the context of this expression in Psalm 14:1 and Psalm 53:1, this expression reveals what fools affirm in their rebellion against God.

From the context of Romans 10:13 the prayer that saves speaks of one whose life is characterized by a living relationship with God through prayer for verse 12 of the context says: “For there is no distinction between Jew and Greek; for the same Lord is Lord of all, abounding in riches for all who call on Him;” (Rom 10:12).

So the prayer that saves comes from those who have an ongoing relationship of dependence upon the Lord through a lifestyle of asking for their necessities of life! This is not to say that praying a “sinner’s prayer” should not be used, but the seeking one must realize that this prayer MUST BE FOLLOWED by a continued life of dependence upon the Lord!

Amazing as it may seem there are a good number of instances in the New Testament where a saving relationship is begun by just the adoption of faith in the Person of Christ! In John 1, the first disciples who became Apostles believed, but there is nothing recorded that they said a “sinner’s prayer!” In John 8:30, it said: “As He spoke these things, many came to believe in Him.” In verse 31 and 32, The Lord Jesus conditionally accepted their faith: “So Jesus was saying to those Jews who had believed Him, "If you continue in My word, then you are truly disciples of Mine; 32 and you will know the truth, and the truth will make you free." (John 8:31, 32).

However, a saving faith is begun, whether just by believing as in John 8:30 or on a cross like the thief’s prayer; it must be the beginning of a living abiding relationship, as The Lord Jesus described in John 10:27,28a: “My sheep hear My voice, and I know them, and they follow Me; 28 and I give eternal life to them, . .”

So a prayer that saves, is like a bride that says: “I do” to her groom in Church and by this becomes her husband’s life long bride. So one who calls upon the Lord’s name must become as God’s “suitable helper” (Gen. 2:20-23) in serving the Lord through him.

Email ThisBlogThis!Share to TwitterShare to FacebookShare to Pinterest
Labels: prayer