How Do You React to Adverse Circumstances? 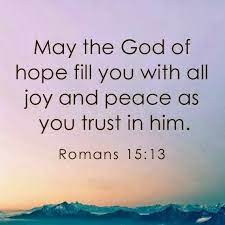 Edward F. Lundwall Jr.
Some call being uncomfortably cold an intolerable circumstance, while others stand up to threatening situations. Some curse the adverse situation, and even God, yet others pray and trust God. I have observed both as an Army chaplain and a church pastor.
My brother-in-law saw the liberation of the Philippines Islands in WWII. He had been buried alive in a tunnel collapsed by enemy fire. His response was to commit himself to the Lord's service. He entered the Christian ministry.
Through prayer, the Lord saved my life by causing the enemy to destroy its own assault force. In reasoning with God, I got peace when I prayed that if I could glorify Him more by living than by dying that He would deliver me and our unit. Again, in desperate life-or-death circumstances, my former executive officer committed himself to God. He trusted Christ as his Savior and as a church pastor he has taught God’s Word for decades.
Critical circumstances are opportunities to trust God and receive blessings in one's spiritual life. The Apostle Paul wrote: “My brethren, count it all joy when ye fall into divers temptations; Knowing this, that the trying of your faith worketh patience. But let patience have her perfect work, that ye may be perfect and entire, wanting nothing.” (James 1:2–4).
However, for those who resist God’s dealing with them and refuse to let adverse circumstances be a door to spiritual life and salvation, adverse circumstances often bring sickness, death, and eternal loss. “We then, as workers together with him, beseech you also that ye receive not the grace of God in vain. (For he saith, I have heard thee in a time accepted, and in the day of salvation have I succoured thee: behold, now is the accepted time; behold, now is the day of salvation.)” (2 Corinthians 6:1– 2).
While our battalion was on location near Tay Nin, Viet Nam, the monsoon rains soaked us. One man came back with his buddies to the battalion fire support base, after a night on an ambush cite, chilled to the bone. I met him trying to get warm beside a fire in a sump, a bomb crater. Several other men were there, then Charlie Company commander sent another man and ordered us away because he said that sump fires can be dangerous. It was known that some lazy soldiers would throw mortar and artillery left over explosive charges in with the trash instead of burning them by safe procedures. I obeyed and walked away, but others stayed. After I had walked halfway across the fire support base, a huge blast erupted from the sump fire. I rushed back and found several men killed and wounded.
One particular man was laying on the side of the sump, both legs broken looking like a rag doll; his left arm was worse, with bones exposed, even so he was still conscious. I bent down and asked him if I could pray for him. He almost sat up and emphatically said: “NO!” I learned later that he had been taught that Protestant clergy were not to be trusted.

Later, one of his friends told me that just before he went to the sump fire, the man had railed at God for not stopping "this silly old rain and this silly old war!” Four days later, after both legs and his left arm were amputated, he died. He should have sought the Lord, for: “Seek ye the LORD while he may be found, call ye upon him while he is near:” (Isaiah 55:6). For “. . . the LORD said, My spirit shall not always strive with man . . .” (Genesis 6:3a).

Edward Lundwall Jr. is a retired Army Chaplain, endorsed by the GARBC, who first served as a home missionary with FBHM and then served as Chaplain 1967–1973. He now is a freelance writer. His books deal especially on Discipleship and the Local Church.
Posted by Alice C. Linsley at 1:25 PM