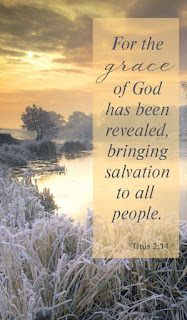 Edward F. Lundwall, Jr.
Since the time of the early Church writers, choice has been upheld in tension with the biblical teaching of predestination. The writings of Augustine inform our understanding of how personal choice and predestination relate to each other.
Augustine's writings reflect his early spiritual rebellion and conversion. As a youth, he was a Romanized North African “bad boy.” However, his Christian mother constantly prayed for him. Then he was completely “converted” and became one of the leading figures of the early Church. His conversion may be spoken of as predestined, but it still involved choice, in fact, many choices.
Christians who worry about whether they are predestined could learn from Augustine's spiritual journey. Everyone needs to hear an evangelistic message preached to experience conversion, even the predestined. One neighbor, a Primitive Baptist, said that they just spent their time trying to see if they were predestined to be an “elect.”
In his treatise “The City of God” Augustine contends that the nation of Israel sinned away its salvation and lost its covenant blessings, and that all these have been given to the Church. Many Church Fathers held a similar "replacement" or "supersessionist" view.
In the supersessionist view, the people of “the new covenant” (Christians) replace the people of “the old covenant” (Jews) as the people of God. Early texts used to support this view include the Epistle of Barnabas and Hebrews 8.
However, God is anxious that all should be saved and the old covenant versus new covenant dichotomy does not hinder the Holy Spirit from drawing yearning hearts to their Creator and Savior. The author of the book of Hebrews recognizes saints who lived before the Covenant with Israel: Abel, Enoch, Noah, Abraham, Isaac, and Jacob (Heb. 11).
Hebrews 11:6 makes this clear: "And without faith it is impossible to please God, because anyone who comes to him must believe that he exists and that he rewards those who earnestly seek him."
Noah had a choice to obey, being "warned by God of things not seen as yet, moved with fear, prepared an ark to the saving of his house; by the which he condemned the world, and became heir of the righteousness which is by faith.” (Heb. 11:6, 7)
Those who believe God's promises and receive the Holy Spirit, are predestined to adoption through Jesus Christ, "according to the good pleasure of His will, to the praise of the glory of His grace, with which He favored us in the Beloved.” (Ephesians 1:5, 6)
Predestination relates to one's status before God. Choice opens the door to blessings and salvation.
Related reading: All Need to Repent; Forgiveness and Restoration; God's Forgiveness Must Bring Forth Fruit; Calvin and Predestination