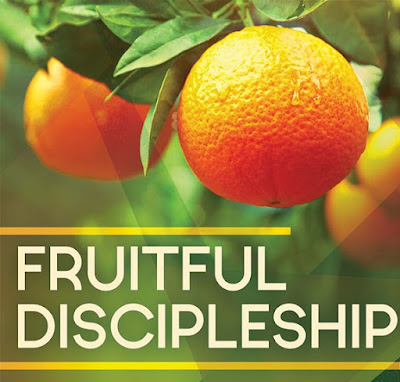 There is a scriptural pathway to becoming a fruitful disciple of Jesus Christ. It involves Scripture study, obedience, response, illumination, and repentance.

The pathway of becoming a fruitful disciple begins with reading and being spiritually formed by God's written word, the Bible. Jesus told this followers: ‘If you abide in My word, you are My disciples indeed. And you shall know the truth, and the truth shall make you free.’" (John 8:31-32)


Fruitful discipleship involves responding to God’s universal testimony: “For that which is known about God is evident within them; for God made it evident to them. For since the creation of the world His invisible attributes, His eternal power and divine nature, have been clearly seen, being understood through what has been made, so that they are without excuse.” (Romans 1:19-21)

It involves responding to the Light that enlightens. “There was the true Light which, coming into the world, enlightens every man. He was in the world, and the world was made through Him, and the world did not know Him. He came to His own, and those who were His own did not receive Him. But as many as received Him, to them He gave the right to become children of God, even to those who believe in His name, who were born, not of blood nor of the will of the flesh nor of the will of man, but of God. And the Word became flesh, and dwelt among us, and we saw His glory, glory as of the only begotten from the Father, full of grace and truth.” (John 1:9-14)

The fruitful disciple embraces the right to become a child of God by recognizing that “all have sinned and fallen short of the glory of God" (Romans 3:23), and by taking sin seriously.

Repentance is how we take sin seriously and how we turn from our former way of life to fruitful discipleship. For we were dead in our trespasses and sins (Ephesians 2:1-2), but by the power of the indwelling Holy Spirit we are being transformed into His likeness (2 Corinthians 3:18).

His likeness in us produces fruit that is pleasing to God the Father. It also draws others to His love and forgiveness.