Divine Authority in the Church 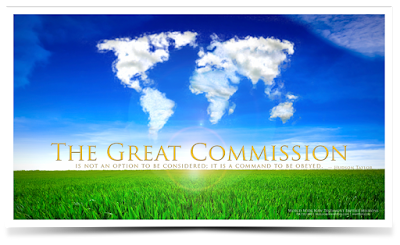 Jesus came to them and said, "All authority in heaven and on earth has been given to me. Go therefore and make disciples of all nations,  baptizing them in the name of the Father, and of the Son, and of the Holy Spirit..." (Matthew 28)

Both "authority" and "power" are used fairly evenly in the Bible as rendering of the Greek word exousia. The two concepts are related, and often both appear to make the meaning clearer. Clearly, authority without power to enforce the rights of authority is useless. Power without the authority or right to use it is destructive and immoral.

All power and authority in Heaven and on Earth rightfully belongs to God as the Creator and Almighty Judge of all creation. Heaven as the dwelling place and throne of God is the only suitable place for the exercise of the divine authority. Jesus is seated there at the Father's right hand, making intercession for us.

While on Earth, the Lord Jesus exercised complete divine authority and power. He is the God-Man who conquered death and ushered in eternal life, having eliminated the penalty and corruption of sins (Rom 7:23–8:29). His power and authority has not yet been fully accomplished on the Earth. 1 Corinthians 15:23–28 makes this clear:


The Great Commission is given to the Church with the same power and authority that Jesus has with the Father, one God, eternally existent. Divine authority and power are given to the Church to bring men into willing subjection through discipleship. The Great Commission provides direction for spoiling Satan’s dominion. Satan's power has already been broken by Christ’s work (1 Cor 15:1–4).

Jesus’ battle plan is to work in partnership with Him to capture a people for His kingdom (Titus 2:11–14). It’s method of operation is “the weapons of our warfare... casting down imaginations and every high thing that exalts itself against the knowledge of God, and bringing into captivity every thought to the obedience of Christ;” (2 Cor 10:4, 5).

The arena of battle is the mind, heart, and soul. The believing disciple who receives Jesus Christ as Savior and Lord is given the honor of serving God with divine authority.

Related reading: Discipling One By One; The Great Commission: Amplified Translation


“The Savior is working mightily among men, every day He is invisibly persuading numbers of people all over the world, both within and beyond the Greek-speaking world, to accept His faith and be obedient to His teaching. Can anyone, in the face of all this, still doubt that He has risen and lives, or rather that He is Himself the Life?” St. Athanasius (AD 298 – 373), from his treatise "On the Incarnation"

As important as favorable words from human judges are, the words "forgiven" and "lost" have infinitely more meaning when spoken by the Judge of all Mankind (John 5:23-30; Rev 20:11-15). He will say "forgiven" to some; "Your debt is paid" or "The stain of your iniquity has been washed white as snow." He will declare, "You are lost" to others; "You did not take hold of such great salvation as was offered to you."

Many think of the word "lost" as the condition of the natural, unconverted soul. However, in regard to human experience "lost" speaks of facing God's final judgment. "Lost" speaks of being under condemnation for sin; losing hope of Heaven and fear of eternity separation from God, our Life and source of all joy. That is to be condemned to the eternal prison of hell. Not a popular message these days.

The term "lost" in the spiritual sense has even greater significance. When we would lift our eyes to the infinite God, we understand how the individual can be "forgiven, but still lost. The Creator created all things for the Creator's purposes. God used substantial things to perform the Divine will because that is what matter was created for in the beginning. He used stone. Stone jars at Cana. Stone door rolled away in Bethany. An empty stone tomb.

He used servants to fill the stone jars. Servants to roll away the stone. Servants to hear the angelic declaration: "He is risen. Go tell his disciples..."

When humanity fell into disobedience, we not only lost our privileges as being in the image of God, but God also lost our service; our spiritual duty to Him. Until one is reconciled to God, man's service for God is lost.

When Christians remain immature in character and spiritual development, they are lost to God in His design. Maturity manifests itself when people consistently rely solely upon the Lord as revealed in His Word. Only then can they know God's counsel. Without living according to God's counsel, even the forgiven are lost in fulfilling God's purposes. Their usefulness is lost.

St. Athanasius of Alexandria, expressed this in these words: "The Word called us into being, but we turn away from the Creator and demonstrating little regard for the grace we have received, we defile our being by the invention of other gods and we have lost apprehension of God as it is experienced in innocence."

The human race was wasting; God's image was being effaced, the Maker's work was spiraling into ruin and death reigned supreme. Mortal flesh, the nature of which is dust turning to dust, was unable to escape the curse of sin and death. But the Creator has a plan! It is called reconciliation.

In God's program of reconciliation, service occupies a central place (2 Cor 5:15, 19). In Christ's work he not only provided forgiveness, but callings and spiritual gifts to enable us for service. These gifts are to build up (edify) the Church (Eph 4:7, 8, 12; Romans 12:4-8). However, the gifts must be used, the individual must grow in the likeness of Jesus Christ or, as with the Corinthian Church, selfish exercise of gifts will divide the Church (1 Cor 1:7, 10, 11; 3:1-5).

Being lost to fulfilling God's calling results in eternal loss at Christ's Judgment Seat. (1 Cor 3:12-15) How much better would it be to hear the Savior declare: "Well done, good and faithful servant; . . . Enter into the joy of your lord.'" Matthew 25:21

It is a serious matter to be lost in usefulness to God, even though forgiven. Why not become a committed disciple instead?


Related reading: God's Forgiveness Must Bring Forth Fruit; See What God Can Do; Discipleship and Church Mission Statements; Forgiveness and Restoration

Posted by Alice C. Linsley at 9:22 AM No comments: 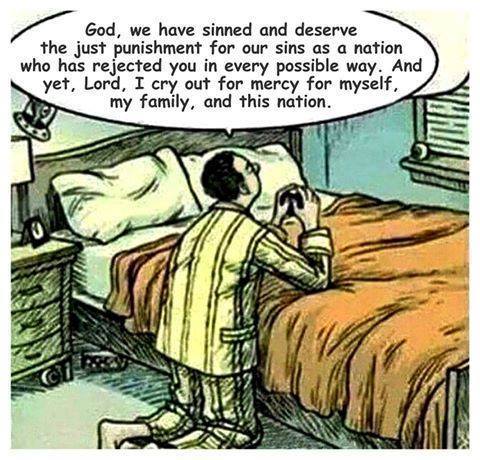 Posted by Alice C. Linsley at 6:30 AM No comments:

The Power of Eternal Life 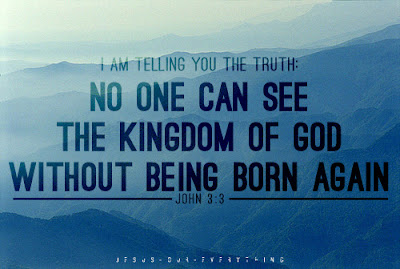 To find the power of eternal life, we must start here: “And ye shall seek me, and find me, when ye shall search for me with all your heart.” (Jeremiah 29:13)

Seeking God is not a preference for religion but rather a desire for the power of eternal life beginning here and now.


In 2 Timothy 3:1-5, the Apostle Paul warned: "This know also, that in the last days perilous times shall come. For men shall be lovers of their own selves, covetous... traitors, heady, high minded, lovers of pleasures more than lovers of God; having a form of godliness, but denying the power thereof."

Therefore, we need to ask: "Do I have a form of religion only, or the reality of eternal life?"

Likewise, Paul tells the Corinthians: "Examine yourselves, whether ye be in the faith; prove your own selves. Know ye not your own selves, how that Jesus Christ is in you, except ye be reprobates?" (2 Corinthians 13:5).

How can we examine ourselves and test whether we are in the faith or not; whether or not we have eternal life?

Life is an experience. How do we identify what species an animal is? Each is identified by appearance and behavior: cats meow, dogs bark, babies cry, artists paint, lawyers argue, preachers preach. Christ's disciples remain in His Word so they will know the truth and will find spiritual freedom and new life (John 8:31, 32).

Christians are known by their appearance, characterized by modesty and cleanliness. For years Christian women in India were sought as brides because they were known for these qualities.

Christians are known by their behavior. Jesus said, "My sheep hear my voice, and I know them, and they follow me: And I give unto them eternal life; and they shall never perish, neither shall any man pluck them out of my hand." (John 10:27, 28).

Those who have a mere form of religion "walk as the rest of the Gentiles walk, in the futility of their mind, having their understanding darkened, being alienated from the life of God, because of the ignorance that is in them, because of the hardening of their heart." (Ephesians 4:17, 18).

Which do you have: a form of religion or the power of eternal life? To those who take up the disciple's cross and follow him, exchanging the old life for the new one (Luke 9:23-25), he gives every assurance (John 6:37).

The power of eternal life is Christ living in one's life by faith: "I am crucified with Christ: nevertheless I live; yet not I, but Christ liveth in me: and the life which I now live in the flesh I live by the faith of the Son of God, who loved me, and gave himself for me." (Galatians 2:20).

"And that he died for all, that they which live should not henceforth live unto themselves, but unto him (Jesus) which died for them, and rose again." (2 Corinthians 5:15).


Related reading: The Grammar of Salvation; The Disciple's Self-Concept: On Holy Baptism and Discipleship

Posted by Alice C. Linsley at 5:19 AM No comments: