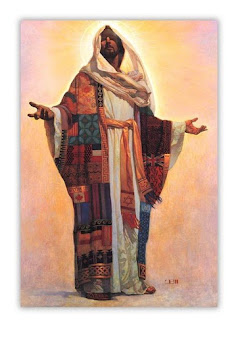 In the Old Testament certain "signs" are given that identify the actions of the long-awaited Messiah. Isaiah 35:5–6 speaks of the day of salvation: “Then the eyes of the blind shall be opened, and the ears of the deaf unstopped; then shall the lame man leap like a deer, and the tongue of the mute sing for joy. For waters break forth in the wilderness, and streams in the desert.”

While in prison, John the Forerunner sends his disciples to ask Jesus if he really is the expected Messiah. Jesus responds: “Go and tell John what you hear and see: the blind receive their sight and the lame walk, lepers are cleansed and the deaf hear, and the dead are raised up, and the poor have good news preached to them. And blessed is the one who is not offended by me” (Matthew 11:4–6; Luke 7:20–23).
Jesus also alluded to Isaiah 26:19: “Your dead shall live”and while in the synagogue in Nazareth, Jesus quoted Isaiah 61:1 which speaks of bringing "good news to the poor" (Luke 4:18–19).
Jesus said that these signs identified Him as the Messiah, but the Jerualem elite denied the signs and hardened their hearts against Him. “For they loved the praise of men more than the praise of God.” (John 12:43).

These leaders had demanded that Jesus tell them if He was the Messiah (John 10:24).  He told them again, knowing that they would use his words against Him. They brought Him to trial for blasphemy and they got Pilate to sentence Him to be crucified. They thought they would bring an end to Him, as they had with others who falsely claimed to be Messiah.
However, the greatest of the signs was Jesus' third-day resurrection. That was the sign that proved He is the Messiah, the Son of God.
The Sadducees rejected belief in life after death because that is how they interpreted the Hebrew Scriptures. They settled on this position because, as N.T. Wright points out, “resurrection from the beginning was a revolutionary doctrine" (The Resurrection of the Son of God, p. 138). The idea of an eternal kingdom under God's rule rather than the Sadducees would have been extremely troubling to the ruling elites in Jerusalem.

Posted by Alice C. Linsley at 8:17 AM No comments:

Get a Grip! Be Steadfast. 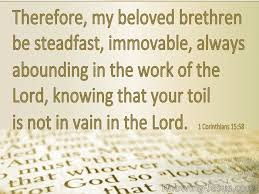 The moral failures of public figures who profess to be Christian are costly to the cause of Christ. The repentant individual can be forgiven, but the damage is done. Respect for that individual is lost, and bitter souls are given the occasion to ridicule all Christians.

Equally damaging is the failure to uphold sound doctrine. The core doctrines of Christianity are expressed in the historic creeds. They are the line in the sand. When church leaders fail to uphold these beliefs they weaken their members rather than build them up in the Faith once delivered.

The Apostle Paul recognized the threat. He spoke of those who have a form of godliness, but deny the power thereof (2 Timothy 3:5). Today we speak of "virtue signaling" and yet there is no virtue in religion itself. True virtue comes from apprehending the power of God in Christ. That alone makes us godly.

The false witnesses with whom Paul contended are found in every age. In the fourth century, Basil the Great wrote in Letter 90, To the Most Holy Brethren and Bishops Found in the West: “The dogmas of the Fathers are held in contempt, the Apostolic traditions are disdained, the churches are subject to the novelties of innovators.”

In his treatise On the Holy Spirit, St. Basil wrote:

"Every man is a theologian; it does not matter that his soul is covered with more blemishes than can be counted. The result is that these innovators find an abundance of men to join their factions. So ambitious, self-elected men divide the government of the churches among themselves, and reject the authority of the Holy Spirit. The ordinances of the Gospel have been thrown into confusion everywhere for lack of discipline; the jostling for high positions is incredible, as every ambitious man tries to thrust himself into high office. The result of this lust for power is that wild anarchy prevails among the people; the exhortations of those in authority are rendered utterly void and unprofitable, since every man in his arrogant delusion thinks that it is more his business to give orders to others than to obey anyone himself.”

Today some fall into apostasy. Others compromise biblical authority but succumbing to the demonic insinuation that God is not to be trusted: "Did God really say?" Jesus said, "If you continue in My word, then you are truly my disciples." (John 8:30)

"His divine power has given us everything we need for a godly life through our knowledge of him who called us by his own glory and goodness. Through these he has given us his very great and precious promises, so that through them you may participate in the divine nature, having escaped the corruption in the world caused by evil desires.
For this very reason, make every effort to add to your faith goodness; and to goodness, knowledge; and to knowledge, self-control; and to self-control, perseverance; and to perseverance, godliness; and to godliness, mutual affection; and to mutual affection, love. For if you possess these qualities in increasing measure, they will keep you from being ineffective and unproductive in your knowledge of our Lord Jesus Christ. But whoever does not have them is nearsighted and blind, forgetting that they have been cleansed from their past sins.
Therefore, my brothers and sisters, make every effort to confirm your calling and election. For if you do these things, you will never stumble."

Related reading: Discipleship is a Team Game; INDEX of Topics; Contending For the Faith; Confirm HIS Calling

Posted by Alice C. Linsley at 5:11 AM No comments: 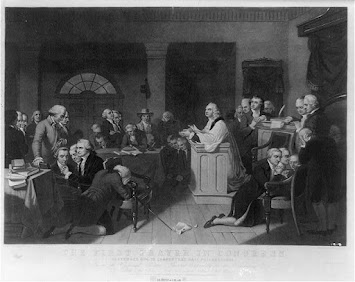 First Prayer of the Continental Congress 1776
Edward F. Lundwall, Jr.
Historically, a nation’s religion has been whatever it’s citizens have practiced and/or what their governing body or leader have dictated. The religion of the people is evident in national symbols, churches, public monuments, etc.

From its founding, the United States identified as a God-fearing people.The Declaration of Independence asserted that the creator God had given “inalienable” personal and collective rights. I don’t think anyone would question that this was the “God” of the Judeo-Christian tradition.

Before the Constitutional Convention ended, Ben Franklin exhorted the members that they should be consistent with their past religious heritage and pray as they did in the Revolutionary Congress. The historical painting above of the Constitutional Convention shows the members at prayer led by a clergyman. Several members are on their knees. The prayer was recorded as follows:

O Lord our Heavenly Father, high and mighty King of kings, and Lord of lords, who dost from thy throne behold all the dwellers on earth and reignest with power supreme and uncontrolled over all the Kingdoms, Empires and Governments; look down in mercy, we beseech Thee, on these our American States, who have fled to Thee from the rod of the oppressor and thrown themselves on Thy gracious protection, desiring to be henceforth dependent only on Thee. To Thee have they appealed for the righteousness of their cause; to Thee do they now look up for that countenance and support, which Thou alone canst give. Take them, therefore, Heavenly Father, under Thy nurturing care; give them wisdom in Council and valor in the field; defeat the malicious designs of our cruel adversaries; convince them of the unrighteousness of their Cause and if they persist in their sanguinary purposes, of own unerring justice, sounding in their hearts, constrain them to drop the weapons of war from their unnerved hands in the day of battle!

Be Thou present, O God of wisdom, and direct the councils of this honorable assembly; enable them to settle things on the best and surest foundation. That the scene of blood may be speedily closed; that order, harmony and peace may be effectually restored, and truth and justice, religion and piety, prevail and flourish amongst the people. Preserve the health of their bodies and vigor of their minds; shower down on them and the millions they here represent, such temporal blessings as Thou seest expedient for them in this world and crown them with everlasting glory in the world to come. All this we ask in the name and through the merits of Jesus Christ, Thy Son and our Savior.

Public avowal is the starting point for identification. Soldiers and police wears uniforms so they can be identified. Some clergy wear collars that identify them in public. Christians often wear crosses to identify themselves as people who have vowed to follow Jesus Christ.

The Lord Jesus made it clear that avowal or confession are essential to our identification as Christians: “Whosoever therefore shall confess me before men, him will I confess also before my Father which is in heaven.” (Matthew 10:32 KJV).

Related reading: We the People Sovereign Under God
Posted by Alice C. Linsley at 12:46 PM No comments: