Be Aware of Spiritual Wickedness 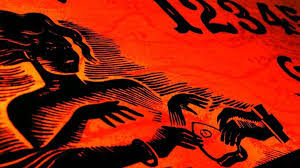 In this life "we do not wrestle against flesh and blood, but against spiritual hosts of wickedness in the heavenly places” (Eph. 6:12). God’s power and authority exist independent of human policy, government, and culture, and those who are “in Christ” belong to his eternal realm. We believe in the “visible and invisible” and sometimes find ourselves in situations where we must confront the demonic.

Participation in occult activities is equivalent to walking into enemy territory. What may seem benign at first, is spiritually and physically dangerous. The Devil never misses an opportunity to corrupt and destroy through manipulation, lies, and distortions. Those who scoff at supernatural realities are easy targets. Those beguiled by the supernatural become easy prey.

Christians are especially vulnerable. We should refrain from use of Tarot cards and Ouija boards, never participate in séances or shamanic rituals, never purchase occult objects, or visit places that the local populations perceive as inhabited by spirits. The Ouija board uses an iron-shaped “planche” which is a shamanic device. In rural India it is hung from the branch of a “sacred” tree and used for divination.

John 4:1 advises: “Beloved, do not believe every spirit, but test the spirits to see whether they are from God, for many false prophets have gone out into the world.” Unfortunately, the trance states that Pentecostals praise as a “gift of tongues” or being “slain in the spirit” mimic the trances of occultists. We should beware of spiritual counterfeits.
We should avoid forums and groups that explore “spirituality” since this term never refers to orthodox Christianity. Preoccupation with witches, ghosts, and movies or games about the supernatural suggests demonic influence. Anything that incites fear is not of the Lord Jesus Christ.
Related reading: God's Provision For Victory; Stand Firm in Heavenly Adoption; Demons and the Porosity of Consciousness; Anglican Soul-Searching About the Occult
Posted by Alice C. Linsley at 9:14 AM No comments: 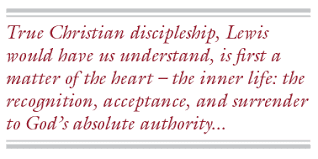 Effective discipleship involves (1) understanding the biblical world view and fully embracing the Gospel. It also entails (2) loving God's kingdom more than this world and more than the praise of men. It expresses itself in (3) humility and love for others, even the unlovable.

In this post, we consider the biblical world view and what it means to fully embrace the Gospel.

The Creator God is sovereign over all and through his Christ fills all things. The Apostle Paul speaks of this when he uses the Greek term "pleroma." The Bible's overarching message is that the God who is beyond the constraints of time and space fulfills all things even as He fills all things.

God self-reveals through multiple means, including the order of creation, prophets, teachers, sacred texts, and dreams.

There is a distinction between Heaven and Earth; between Creator and Creature; and between Male and Female. These entities are not equal. The biblical world view rejects dualism. Instead, it presents binary sets in which one entity of the set is recognized as superior to the other. We pray that God's will may be done on Earth as it is in Heaven because in Heaven there is perfection. Even the atheist recognizes the superior authority of the Creator by his denial of God's existence. Among humans, it is observed that the male is larger and stronger than the female.

This binary world view is largely overlooked in Christian circles. However, it is very important that it be understood. It clarifies God's action in stooping to save. Through the Incarnation of the Son of God, the one God and Father reveals himself primarily and essentially in a masculine way. The weak cannot save themselves. Only the Creator is strong to save!

The power of God is shown in the Resurrection. Those who are "in Christ" receive in their baptism a promise that they too will be raised on the last day. Effective discipleship requires that we live in that hope and share that hope with others. It also requires that we be deeply grounded in the biblical world view.

Related reading: "Binary" is a Bad Word These Days; God's Provision For Victory; God's Strategy for the Church

Posted by Alice C. Linsley at 1:06 PM No comments: 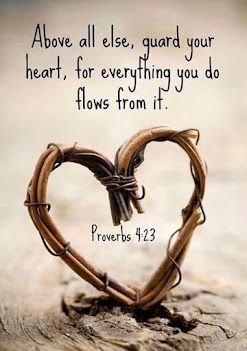 Jesus was angered by the hard hearts of the Pharisees who criticized Him for healing a man on the Sabbath.
"And when he had looked round about on them with anger, being grieved for the hardness of their hearts, he saith unto the man, Stretch forth thine hand." (Mark 3:5)
A poor man in the synagogue had a withered right hand and Jesus had compassion on him. He chose to heal the man on the Sabbath and the reaction of the Pharisees revealed their hardness of heart.

Hardness of heart does not happen all at once. It comes from bitterness, ambition, greed, and a rejection of the glorious presence of God. The hard of heart are unable to notice the virtue and the beauty in others. They lack compassion while they pretend to care. They exhibit ossified hearts while they signal virtue. They are blind to the moment of true glory because the glory they seek is temporal and fleeting.
Kingdoms rise and fall. The most popular rulers and political leaders hold their positions for a brief moment. Those who love the praise of others and positions of power do not have their minds set on the eternal. As the Apostle Paul explained, “. . . the things which are seen are temporal; but the things which are not seen are eternal.” (2 Cor 4:18).
Writing to the Christians in Ephesus, the Apostle Paul warns them: "So I tell you this, and insist on it in the Lord, that you must no longer live as the Gentiles do, in the futility of their thinking. They are darkened in their understanding and separated from the life of God because of the ignorance that is in them due to the hardening of their hearts. Having lost all sensitivity, they have given themselves over to sensuality so as to indulge in every kind of impurity, and they are full of greed." (Ephesians 4:17-19)
What Paul describes applied to the Jerusalem elite whose power was threatened by the coming of Jesus Messiah.

At daybreak the council of the elders of the people, both the chief priests and the teachers of the law, met together, and Jesus was led before them. “If you are the Messiah,” they said, “tell us.”

Jesus answered, “If I tell you, you will not believe me, and if I asked you, you would not answer. But from now on, the Son of Man will be seated at the right hand of the mighty God.” (Luke 22:66-72)

That right hand is the place of infinite glory, power, and beauty. That place is not reached through ambition and the praise of men, but by the Cross.
Many Jews wanted a restoration of the glory days of David and Solomon. Their notion of the kingdom to come involved military victory and a Messianic age that did not require repentance and the embrace of the Way of the Cross. They had rejected God’s call for repentance in preparation for the promised Kingdom. Some went out to John the Baptist in the wilderness, but according to Luke 7:30, “the Pharisees and lawyers rejected God’s counsel against them, being not baptized of him..."
If miracles could soften the hard heart surely the Israelites in the wilderness would have repented of their callousness and ingratitude, but they did not. Neither did the Pharisees in the synagogue repent that day when Jesus healed the man with the withered hand. The hard heart always dismisses the glory of God shown forth in mercy.
Today let us search our own hearts and ask the Holy Spirit to expose the bitterness, anger, resentment, and pride that rob us of His glory.
Related reading: Two Powerful Words: I Believe; Cry For Mercy; Mercy in the Midst
Posted by Alice C. Linsley at 11:25 AM No comments: