A Word to Those Who Preach 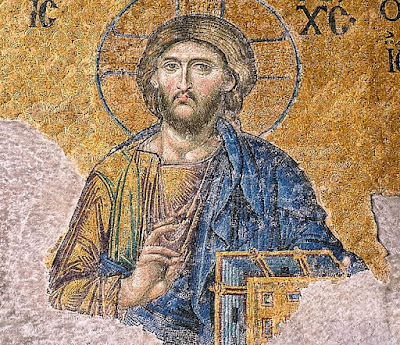 My main concern is to teach principles of discipleship, but today I want to say a word to preachers. Specifically, I'd like to address five points.

The local congregation is God’s primary base of operations: “I write so that you may know how you ought to conduct yourself in the house of God, which is the church of the living God, the pillar and ground of the truth.” (1 Timothy 3:15)

Preach to seekers. Be an apologist. Share from a heart grounded in the truth of the Gospel: Jesus is Messiah. He is the Son of God who came into the world to save sinners. He died, rose again, ascended to the Father, and intercedes continually for His own. He will come again to judge the living and the dead, and his kingdom will have no end.

The Lord commanded his disciples to make disciples by teaching them stewardship of His Word. They were to preach the Gospel to the end of this age (Matt 28:16–20). The Apostle Paul made this the point of his final instruction to Timothy: “The things which you have heard from me in the presence of many witnesses, entrust these to faithful men who will be able to teach others also.” (2 Tim 2:2, 3).


Preach to the spiritually mature as well as to the seeker.

The disciples must be fed both milk and meat depending on their needs. Preach according to the maturity levels of believers (John 21:15-17). God’s Word makes us free from the bondage of sin (John 8:31–36). Living in this freedom requires maturity. The preacher and elders of the congregation are to model mature Christian living.

As Francis of Assisi said, “It is no use walking anywhere to preach unless our walking is our preaching.”

Do not abuse the pulpit

Your words can edify or injure. Truth is described as a two-edged sword. Be aware of its power. Small group discussions after the sermon under the leadership of mature teachers can be very helpful.

The preacher is not the message. Get over yourself!

Remember that your family members don't appreciate being used to illustrate a sermon point.


Do not allow discouragement to hinder your preaching.

The Lord Jesus was a great preacher, but even the greatest preacher can find his powerful and precious words falling lifeless on the rock-hard surface of souls.

Expect opposition, criticism, and hardship. Even the greatest apostles suffered for the sake of the Gospel.


Related reading: Pulpit Abuse; Survey of the Fundamentals of Discipleship; Beware a Different Gospel; Our Common Confession; A Gospel-Centered Church Starts with the Pulpit; Formed and Informed by the Bible

Posted by Alice C. Linsley at 3:02 AM No comments:

Email ThisBlogThis!Share to TwitterShare to FacebookShare to Pinterest
Labels: preaching

God's Power and Divinity Are Evident

In John's Gospel the animosity of the world against Jesus Christ and his disciples is evident. In John 16:33 we read: "I have said these things to you, that in me you may have peace. In the world you will have tribulation. But take heart; I have overcome the world."

The world is bent against its Creator and the Creator's plan to bring salvation through the Blood of Jesus. The world rejects the offer of boundless love that John describes: "For God so loved the world that he gave his only begotten son to the end that all who believe in him might not perish, but have eternal life." (John 3:16)

Paul insists that there is no rational excuse for turning away from God, for that which is known about God is evident in the order of creation; for God made it evident. "Since the creation of the world His invisible attributes, His eternal power and divine nature, have been clearly seen, being understood through what has been made, so that they are without excuse.” (Romans 1:19-21).

In the beginning, when man was in the condition of innocence, God manifested His presence in a more immediate way. Genesis 3:8 says that the Creator communed daily with Adam and Eve in the garden, walking there in the cool of the day.

After the fall, there was estrangement. Encounters with God became hot ones. Abraham was visited “in the heat of the day” by he Three-Person God (Gen. 18:1). Sodom was destroyed in brimstone and fire.

Abraham was among the righteous to whom God revealed his plan. John 5:56 says, "Your father Abraham rejoiced to see My day, and he saw it and was glad." These were the words of Jesus, a descendant of Abraham.

One of Abraham's ancestors was Enoch the Righteous. He "walked with God" (Genesis 5:24) and did not die. This is the pattern for all the righteous who are hidden in Christ Jesus.

God's universal witness is expressed in John 1:9 where we are told that the pre-incarnate Christ came into the world as “the true Light" which "enlightens every man." God has not withheld his revelation from humans. His divine power and eternal nature have been made known and continue to be manifested.

Further, humanity is innately religious. Paul found a clear illustration of this in Athens where he encountered “an altar with this inscription: "TO AN UNKNOWN GOD.” (Acts 17:23)

The evidence of over 100,000 years of human burial in red ocher is evidence of an impulse to immortality. The practice of red ocher burial speaks of hope for life beyond death, and the blood symbolism testifies to a propitiatory impulse among archaic and ancient populations, an impulse that is preserved most intact in Christianity.

In Mere Christianity, C. S. Lewis writes of the moral consciousness of humans. He sees this (as did Paul) as evidence that God has created us with a conscience. Even those who live corrupt and perverted lives demand justice, though justice is defined according to their standards.

So a reasonable case can be made that God has reached out to the world offering hope, forgiveness, reconciliation, and boundless love. Pray for the world!

Posted by Alice C. Linsley at 8:35 AM No comments: