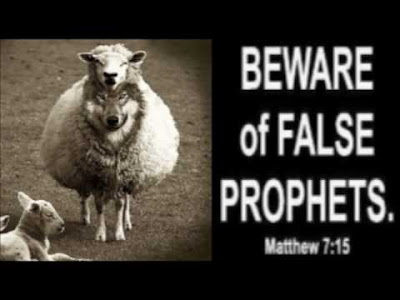 I wrote this after a visit from a Seventh Day Adventist teacher who kept mixing the Sabbath observance into the Gospel message. The tone began quite legalistic, and I was reminded of the Apostle Paul's strong words to the Galatians.


“I am amazed that you are so quickly deserting Him who called you by the grace of Christ, for a different gospel which is really not another; only there are some who are disturbing you and want to distort the gospel of Christ." Galatians 1:6, 7 NASU


What is the true, pure Gospel of Jesus Christ? It is a "received" tradition concerning the long-awaited Messiah who saves.


“Now I make known to you, brethren, the gospel which I preached to you, which also you received, in which also you stand, by which also you are saved, if you hold fast the word which I preached to you, unless you believed in vain. For I delivered to you as of first importance what I also received, that Christ died for our sins according to the Scriptures, and that He was buried, and that He was raised on the third day according to the Scriptures, . . .” 1 Corinthians 15:1-4 NASU


How does “another gospel” come to be preached? It is the work of self-appointed preachers who have their personal agendas and reject the received tradition to which Paul testifies. They work by infiltration.


“. . the false brethren secretly brought in, who had sneaked in to spy out our liberty which we have in Christ Jesus, in order to bring us into bondage.” Galatians 2:4, 5


This false gospel was to “compel the Gentiles to live like Jews?” (Galatians 2:14); that is, to put the followers of Jesus back under the burden of Jewish legalism which required that Gentiles be circumcised according to the Law of Moses.

How does the Apostle Paul describe this different gospel?


“Behold I, Paul, say to you that if you receive circumcision, Christ will be of no benefit to you.” Galatians 5:2


Paul admonished the followers of Jesus to put their faith in Him alone. He urges them not be negligent or disorderly in gathering together. He does not require them to observe the Sabbath from Friday night to Saturday night, though the earliest followers did, as it was their custom as Jews.


Mark 16:9-10 “When Jesus rose early on the first day of the week, he appeared first to Mary Magdalene, out of whom he had driven seven demons.”

John 20:1 “Early on the first day of the week, while it was still dark, Mary Magdalene went to the tomb and saw that the stone had been removed from the entrance.”

John 20:19 “On the evening of that first day of the week, when the disciples were together, with the doors locked for fear of the Jews, Jesus came and stood among them and said, "Peace be with you!"


Paul considered observing the Sabbath Day as optional for Jesus' followers. He wrote:


“. . One person regards one day above another, another regards every day alike. Each person must be fully convinced in his own mind.” Romans 13:14


Further, Paul insisted that believers were not to be judged on this issue:


Attempts to add merit to the infinite worth of Christ’s propitiation is futile. Observing the Jewish Sabbath cannot bring forgiveness of sins and eternal life. Requiring others to do so places barriers in the paths of sincere seekers. It delivers believers from Christian liberty back into bondage.


"It was for freedom that Christ set us free; therefore keep standing firm and do not be subject again to a yoke of slavery." Galatians 5:1


Ultimately, such legalism denigrates the perfected work of Jesus, the Son of God, who came into the world to save sinners.

"For the law of the Spirit of life in Christ Jesus has set you free from the law of sin and of death." Romans 8:2

Posted by Alice C. Linsley at 7:51 AM No comments: