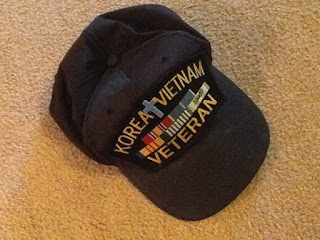 We are thankful for Ed's service to God and Country.

Few people understand the Vietnam war. Most veterans lament the suffering and say with many others: “Why? It was useless!” They find fault with both the leadership and the way the war was fought. Over a million people either died or suffered physically and emotionally.

To understand the Vietnam war the wider picture must be considered. It was as much a conflict with China and Russia as with the Viet Con. The Vietnamese enemy received substantial supplies from China and Russia. Very few weapons were made in Vietnam.

One of the driving emotional forces that made the Vietnamese fight was their resistance to occupying foreigners. Before the French, the Chinese. The Chinese occupation is seen in the remnant Chinese population living in the Cholon area near Saigon. The Vietnamese resisted the Chinese attempts to take the northern portions of Vietnam.

Communism was a tool of those who wanted to dominate and rule. In a sense, the conflict in Vietnam shows that self government won the day in Vietnam. Communism can't be sustained unless it controls the whole world and most nations and peoples seek to have control of their own lives and futures. So the war in Vietnam was a conflict of ideologies, a clash of national self interests, the global ambitions of Communism, and the ideal of democracy.

The Vietnamese have their own language, religion, and national identity. They sought to preserve it during the occupations. Today the economic culture of free enterprise dominates in Vietnam as “market centered” economy.

Even during the war the French rubber company still operated freely. I remember a visit from their company representatives. The came to ask us not to harm their rubber trees with artillery fire.