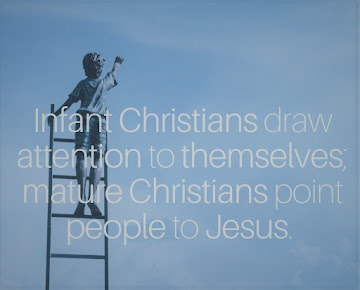 “Therefore leaving the elementary teaching about the Christ, let us press on to maturity...” (Hebrews 6:1)
Edward F. Lundwall, Jr.
The Greek word "disciple" in the New Testament has the sense of being an apprentice who works with his teacher until he has mastered the skill. He then becomes an agent for his master, and his skills and knowledge would reflect those of the Master. This is a picture of the growth of a disciple of Jesus Christ.
We are trained by Him through the Holy Spirit, prayer, and Scripture. However, we are always His servants and disciples. He is ever the Master and Teacher.
The Apostle Paul uses a similar analogy for the Law. It was given to train up a child, that the children of Israel might learn obedience.
"Before this faith came, we were held in custody under the law, locked up until faith should be revealed. So the law became our guardian to lead us to Christ, that we might be justified by faith. Now that faith has come, we are no longer under a guardian." (Galatians 3:23-25)
Through obedience the Gentiles would be influenced to know the Lord also:

“For so hath the Lord commanded us, saying, I have set thee to be a light of the Gentiles, that thou shouldest be for salvation unto the ends of the earth.” (Acts 13:47, cf. Isa 49:6).
The Lord Jesus said that a true disciple is one who allows the ministry of God’s Word to make him free from the bondage of sin (John 8:31–36). Sadly, many think of Christianity as a religion of rules, however, it is fundamentally about true freedom.
The Master's teachings and the worship of Him as the long-awaited Son of God, are to be faithfully received and faithfully passed along to the younger generations.

The Apostle Paul made this the point of his final instruction to Timothy: “The things which you have heard from me in the presence of many witnesses, entrust these to faithful men who will be able to teach others also.” (2 Tim 2:2,3).


Related reading: The Distinctive Disciple's Desire; Responding to Jesus' Authority; Get a Grip! Be Steadfast
Posted by Alice C. Linsley at 8:48 AM No comments: 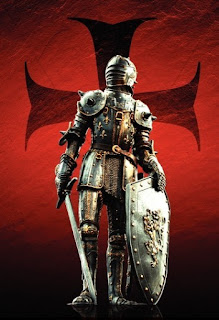 The Marine drill instructor repeatedly said: "I don't hear you!"
The trainees responded with louder voices. Military training teaches us to respond appropriately to authority.
How does that work for soldiers of Jesus Christ?
His followers hear and recognize His voice. To them He promises: “...I know them, and they follow me: And I give unto them eternal life; and they shall never perish, neither shall any man pluck them out of my hand.” (John 10:27, 28)
They take up the cross and follow where He leads. They comprize the Church Militant.
They put on the armour of God. Ephesians 6:11: "Put on the whole armour of God, that ye may be able to stand against the wiles of the devil."
At the end of their days on earth, they are assured by His words: "Well done, good and faithful servant," which is Jesus' gracious acknowledgement: “I heard you! You followed as my disciple!”
Related reading: Get a Grip! Be Steadfast; Contending for the Faith; Divine Authority in the Church
Posted by Alice C. Linsley at 9:11 AM No comments: