The Incarnation of the Son of God 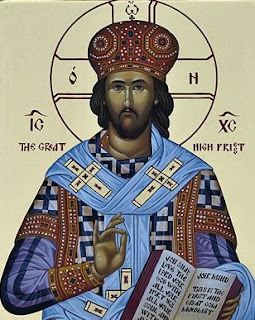 At the heart of the Christian Faith is the reality of the Incarnation of Jesus Christ, the Son of God. We may not understand this great mystery, but we may give thanks for it. The conception and birth of the Lord Jesus through the Virgin Mary is according to earlier promises made by God. One of the earliest is found in Genesis 3:15, the Protevangelion. Here we are told that the Seed born of the Woman would crush the serpent's head. Jesus Christ is the fulfillment of the promise made to Abraham's ancestors in Eden.

The Incarnation of Jesus Messiah also fulfills a prophetic witness concerning the believer’s High Priest and His eternal priesthood. This is expressed in Hebrews 5:

“So also Christ did not glorify Himself so as to become a high priest, but He who said to Him,

"YOU ARE MY SON,
TODAY I HAVE BEGOTTEN YOU";

just as He says also in another passage,

"YOU ARE A PRIEST FOREVER
ACCORDING TO THE ORDER OF MELCHIZEDEK."


Thanks be to God for the prophetic witness that He is our eternal High Priest after the order of Melchizedek. Oh, the blessing to all who are persuaded of the adequacy of the salvation we receive through Him!

The balance of the Epistle to the Hebrews details our High Priest's ministry of intercession for us who trust Him to bring us redeemed to the eternal home He has prepared for us.

Posted by Alice C. Linsley at 8:54 AM No comments: 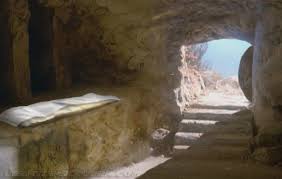 Jesus is our God risen from the dead as was foretold concerning the Righteous Ruler, the Messiah. He is risen! Hallelujah!

Posted by Alice C. Linsley at 8:13 AM No comments: 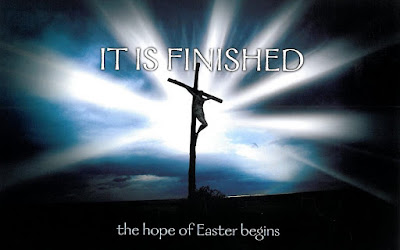 A preacher introduced his sermon by crying out: “Fish for sale!”

He did so to get the attention of his listeners. He went on to explain how words can convey meanings that seem contrary to their usual meaning. When thinking of the terrible death of our Lord Jesus Christ on the cross most of us do not associate the event the word good. In fact, we think just the opposite.

“Good" Friday is exactly that because of the forgiveness His death accomplished for sinners.

Christ’s death was infinitely “good” because it made eternal life a reality for all who put their trust in Him. It makes us heirs as God’s redeemed children.

“Good Friday” was good because redemption’s price was “finished.” God’s solution that was proposed in the past eternity was now accomplished! There was no more that needed to provide for the propitiation for the sins of all mankind even though relatively few would appropriate it (1 John 2:2).

Even the Jewish leaders who demanded Jesus' death considered the day "good" because they thought that they has gotten rid of Him. What a surprise when Christ rose from the dead!

The Devil thought of Jesus death as a good thing. But the gratification was short lived as Satan got a splitting head ache (Gen. 3:15) when he bruised Jesus' heel (Gen 3:15).

Therefore, let all true believers rejoice!  “Good" Friday is the turning point in God’s redemptive plan. Jesus said, "It is finished" and that marked the beginning of eternal blessedness to be accomplished in our lives and in the world to come. Rejoice and give Jesus the honor and praise He deserves because of that first “Good" Friday.

Posted by Alice C. Linsley at 4:44 AM No comments:

Dear Readers,
With the celebration of Resurrection Day approaching, I recommend that you read the following articles on the triumphs of Christ's resurrection.

The first triumph: He lives again!
The second triumph: Believers are alive in Him!
A third triumph: A new people are created!
A fourth triumph: An entirely new, self concept!
A fifth triumph: God-given power for living!
A sixth triumph: Assurance of a new glorified body!
A seventh triumph: Equipping the Church to be self edifying!
The eighth triumph: God can give rewards of eternal value!

It is my prayer that you might know Christ and the power of his resurrection, and may share his sufferings, becoming like him in his death, that by any means possible you may attain the resurrection from the dead (Philippians 3:10-11).