Love takes its value and blessing from who one loves. Christians love the Lord Jesus Christ and find the things of Himself of supreme value. Love in the Christian experience is an essential mark of being born again. (1 John 3; John 13;34, 35).

God is love (1 John 4:16) and “Every good thing given and every perfect gift is from above, coming down from the Father of lights, with whom there is no variation or shifting shadow.” (James 1:17). Heaven's love treasures are experienced and appropriated by faith in the God of love. Our fellowship with God is the fellowship of love lived according to the will of God (James 4:2, 3).

Some seem to think that love as an emotion has virtue apart from God, an independent virtue! However, love as emotion is only "aspirin" love. It makes one feel good for a while, until it wears off. Worse, such fleshly love can bring the person into opposition to God's love.

Love is expressed in obedience to God. Genuine love, as expressed by faith, produces obedience to Him according to His Word (John 10:27-30;14:15; Rom 1:5; 16:24-27). There are priorities in how this love is expressed. First, to those nearest us: our families, neighbors, and fellows at church. Families have happiness when they accept their role in their families that God has placed them (1 Cor 12:19). We are to love especially those in our immediate household. Not to do so is to deny the faith and be worse than an infidel, according to the Apostle Paul. "But if any provide not for his own, and specially for those of his own house, he hath denied the faith, and is worse than an infidel. (1 Tim 5:8).

In all our relationships "the fear of God" is to be functioning. This background of love and spiritual relationships is well illustrated in Ephesians 5:21-25.

Submitting yourselves one to another in the fear of God.
Wives, submit yourselves unto your own husbands, as unto the Lord.
For the husband is the head of the wife, even as Christ is the head of the church: and he is the saviour of the body.
Therefore as the church is subject unto Christ, so let the wives be to their own husbands in every thing.
Husbands, love your wives, even as Christ also loved the church, and gave himself for it...


Since love is experienced through our relationship with the Lord Jesus, it functions properly only according to the spiritual role we accept and seek to fulfill by His grace.

Posted by Alice C. Linsley at 8:40 AM No comments:

The Lord appearing on the shore
Giving us life forever more
Come to you!


Adam, David. The Edge of Glory: Prayer in the Celtic Tradition. London: Triangle/SPCK, 1985.

Posted by Alice C. Linsley at 3:00 AM No comments: 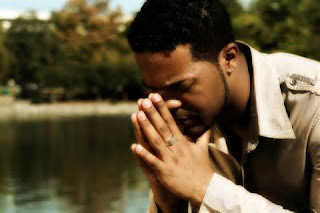 “O clap your hands, all peoples;
Shout to God with the voice of joy.
For the Lord Most High is to be feared,
A great King over all the earth.” (Psalm 47: 1-2)

Father God, being under an absolute governing body, let alone, a single dictating governor is difficult. People yearn to have their way and work to do their own thing. Each seeks to do what he wants to do regardless of how it might affect him or others.

The by-words of our day are freedom, independence, individuality, and diversity. Yet, Lord, here am I desiring You to be the absolute ruler of my heart, my life, my sphere of influence, my country, my world.

I choose to honor and respect you; I seek to submit to your will and ways: I desire to joyously praise You in all my circumstances, and I want to trust you fully. Why? You are the Great Designer of all the earth and its people. You alone know the purposes for which I am best created. You are the Compassionate Redeemer of those who turn from sin to find a Savior. Only You are worthy to be exalted above all else that would demand my loyalty, including myself. Indeed, only You are my King! I believe that your Kingdom is eternal. Hallelujah!

Email ThisBlogThis!Share to TwitterShare to FacebookShare to Pinterest
Labels: prayer

Thomas à Kempis (1380 – 1471) was a Dutch religious of the late medieval period and the author of The Imitation of Christ, one of the most popular Christian devotional books of all time. The book was first issued anonymously in 1418 and quickly received wide acclaim. It was copied by different scribes and was attributed to different people. Those claims have subsequently been invalidated by scholars.

Thomas à Kempis wrote many other devotional works. However, The Imitation of Christ remains the best known and the first in order of merit. This work comprises in bulk only about one-tenth of the works of à Kempis.

“Realize that to know Christ you must lead a dying life. The more you die to yourself, the more you will live unto God. You will never enjoy heavenly things unless you are ready to suffer hardship for Christ. Nothing is more acceptable to God, nothing more helpful to you on this earth. When there is a choice to be made, take the narrow way. This alone will make you more life Christ.”

Posted by Alice C. Linsley at 3:00 AM No comments:

Merton, Bonhoeffer and Kierkegaard on Discipleship

“To know the cross is to know that we are saved by the sufferings of Christ; more, it is to know the love of Christ who underwent suffering and death in order to save us. It is, then to know Christ. For to know his love is not merely to know the story of his love, but to experience in our spirit that we are loved by him, and that in his love the Father manifests his own love for us, through his Spirit poured forth into our hearts…”

“It is well known that Christ consistently use the expression “follower.” He never asks for admirers, worshippers, or adherents. No, he calls disciples. It is not adherents of a teaching, but followers of a life Christ is looking for…Christ came into the world with the purpose of saving, not instructing it. At the same time---as is implied to his saving work---he came to be the pattern, to leave footprints for the person who would join him, who would become a follower…What then is the difference between an admirer and a follower? A follower is or strives to be what he admires. An admirer, however, keeps himself personally detached. He fails to see that what is admired involves a claim upon him, and thus he fails to be or strive to be what he admires…Judas was and admirer of Christ!

Does not the Way---Christ’s requirement to die to the world and deny oneself---does this not contain enough danger?

The admirer never makes any true sacrifices. He always plays it safe…The follower aspires with all his strength to be what he admires. And then, remarkably enough, even though he is living amongst a “Christian people,” he incurs the same peril as he did when it was dangerous to openly confess Christ. And because of the follower’s life, it will become evident who the admirers are, for the admirers will become agitated with him. Even these words will disturb many---but they must likewise belong to the admirers.”

Posted by Alice C. Linsley at 4:00 PM No comments:

To Keep a True Lent

Posted by Alice C. Linsley at 4:16 PM No comments:

"I am Persuaded" - Testimony of Hope Ellen Rapson


Born to young parents during World War II, my real security lay in my relationship with my paternal grandmother with whom I stayed as my mother followed my father through his military assignments. After the War, my father finished his education through to his Doctor of Jurisprudence while my mother worked. I found myself in one new situation after another since my father was recalled during the Korean Conflict. Between isolated tours and my mother having to work, by the time I was twelve I had attended twelve different schools, in five states. I was used to an absent father, and overprotective control of a young, needy mother. My life focus was acceptance and approval. I chose competition and overachievement as the means to get those. I was narcissistic, and critical.

When I was twelve, my father, Kenneth W. Linsley, was stationed at Oxnard AFB, California. Our family of five lived in a two bedroom duplex apartment in a small town of Somis, California. Because my father wanted his daughters to grow up as “ladies,” he took us to Pleasant Valley Baptist Church so that we would learn morals and associate with proper people. This assignment afforded me four full school years in the same school system, and an opportunity to build relationships with both people and a community for the first time.

Since many of my peers were being baptized or confirmed, I became a competitively active member of the church. I took up the challenge to read my Bible through in a year to win a trip to the Urbana Missionary Conference. What started out as an easy academic goal quickly became a miserable burden. Starting in Genesis, it seemed that the Word only mirrored my empty heart. By the time I reached John, I was so convicted by the Holy Spirit that I often threw the Bible in the trashcan, only to be irresistibly compelled to retrieve it a few minutes later looking for whatever or whomever could make me feel better about myself and my life. John 3 made me realize who He was and why. I went forward at the altar call the next Sunday having truly repented of my sin and having, asked for the forgiveness and salvation only found in Jesus Christ.

When I came out of church, my father was confused and somewhat embarrassed. After all, I had taken all the classes, passed the deacon’s examination board questions, and had been officially baptized. “What was this all about?” he queried. “Daddy, all I can tell your is this. My life is no longer my own.”

So, I have had the mercy and grace to live a life with Jesus for seventy years now. I have seen my parents and sisters come to Christ; I have seen my children trust Him as Savior, marry believers, and raise their children within the parameters of God’s Word. I have seen hard things also…social rejection, persecution, failure, RA, Fibromyalgia, cancer twice, death of loved family and friends, my best friend and husband led astray by the world and his own fears, divorce, and loneliness. However, none has driven me to compete, or overachieve in order to gain acceptance or approval; those issues were settled at the Cross.

Jesus sacrificed His blood and body for my acceptance by our Holy Father through the forgiveness of sins, and He provided my permanent approval by adopting me into the God’s family through regeneration by the Holy Spirit. Also, God has been and continues to be faithful to me through every stage of my life. To quote a beloved old hymn, “I am persuaded that He is able to keep that which I have committed until that day...”

Kenneth W. Linsley was a pilot, an attorney, a pastor and an author. Read his account of his extraordinary mother here.

Posted by Alice C. Linsley at 8:00 AM No comments: